Speaking at the inauguration, President Buhari reiterated government’s commitment to lifting 100 million Nigerians out of poverty in 10 years with a well-researched framework for implementation and funding.

He said that the NPRGS had already proposed the establishment of a private equity fund, the Nigeria Investment and Growth Fund (NIG-Fund), to lead resource mobilisation drive and also to manage the resources in a sustainable manner. 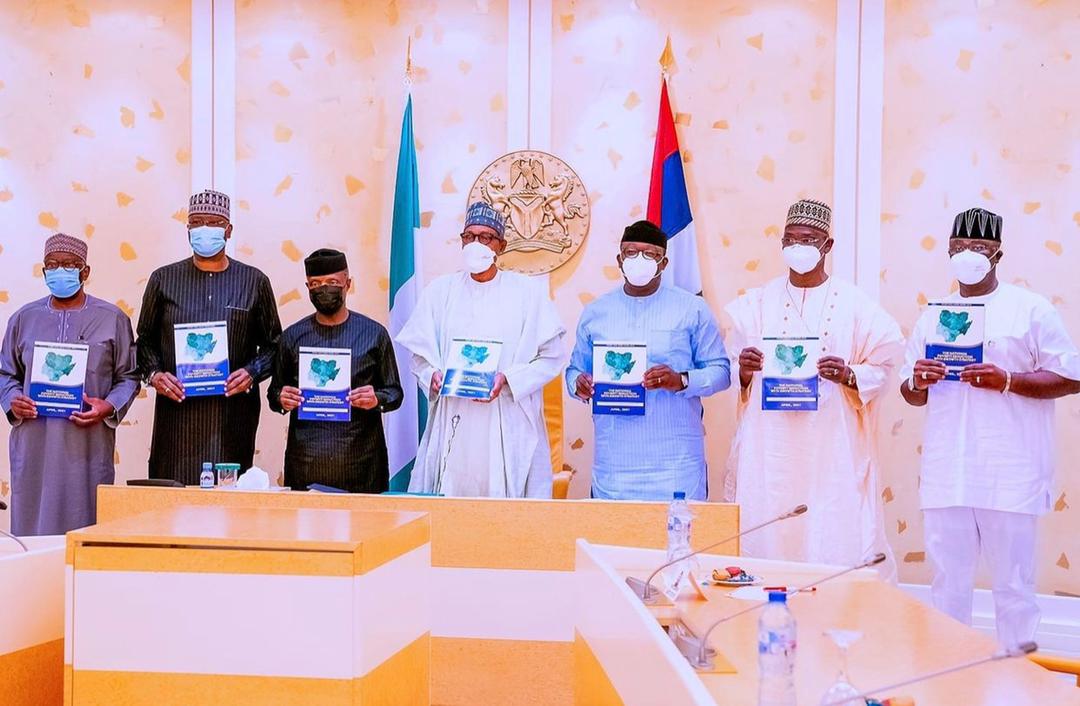 “This journey began in January 2021 when I directed the Chairman of the Presidential Economic Advisory Council and the Secretary to the Government of the Federation to collaboratively work together to articulate what will lift 100 million Nigerians out of poverty in 10 years.

“This would be done through wide range consultations held at all levels of government, development partners, the private sector as well as the civil society,’’ he said.

He said that the NPRGS would address underlying causes of poverty on the basis of which it developed programmes that would deal with the multi-dimensional nature of poverty.

This, he said, was within the practical context of comparative advantage of human and natural resources in the various geo-political zones.

“The major challenge before this National Steering Committee is to translate our good intentions into positive impact of for the average Nigerian so that we create an appreciative impact on the poverty situation in our country.

“Fortunately, we have already started, but we need to unlock the challenges of slow implementation, inappropriate targeting and absence of adequate resources,’’ the President said.

President Buhari listed the responsibilities of the steering committee to include anchoring collaborative efforts and providing oversight for the implementation of the strategy.

It would also provide guidance to Technical Working Group and Federal Ministries, Extra Ministerial Departments and Agencies, subnational governments and other stakeholders on meeting the objectives of the programme.

According to him, the committee will also monitor progress and any other effort that would enhance the attainment of the objective of lifting 100 million people out of poverty in 10 years.

“The performance of our economy despite COVID-19 gives me comfort that we can achieve our goal, but we need to seriously scale up and work more with states and local governments.

“This call becomes more pertinent in the face of recent forecasts by the IMF, the World Bank and our own Nigerian Economic Summit Group, which all agreed that Nigeria needs to frontally tackle her poverty situation if our economic gains are to be sustained,’’ he said.

Members of the NPRGS also included the Secretary to the Government of the Federation and the Chief of Staff to the President. 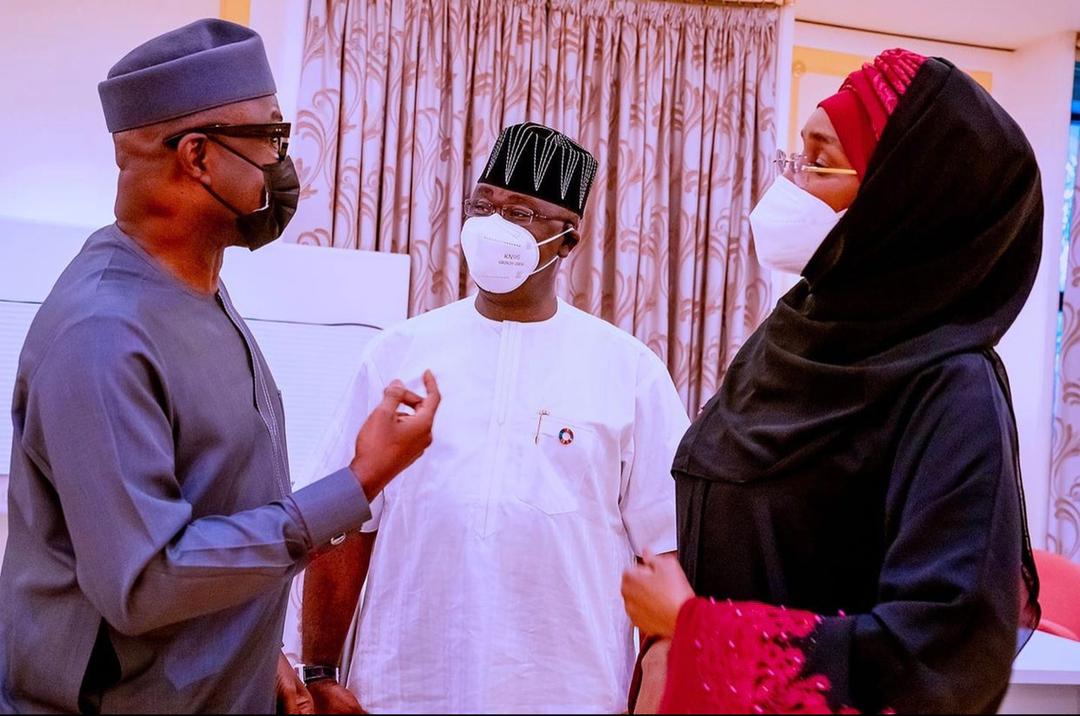 The president urged the committee to begin work immediately so that the Technical Working Group (TWG) would also “begin putting the nuts and bolts together.

“You may, therefore, wish to consider providing immediate guidance to the TWG on the following: establishment of the NIG-Fund leveraging on the Development Finance Assessment Report, public and private sector funding.

“Leverage on existing development partner support programmes and projects with potentials for quick-wins like the Nigeria COVID-19 Action Recovery and Economic Stimulus,’’ he said.

The president said the responsibilities were onerous but expressed confidence that the committee would be able to lay the foundation and demonstrate, within the next two years, the practicality of lifting 100 million Nigerians out of poverty in or under 10 years.

“As you all know, funding will always be a challenge, especially in these times when resources are limited.

“The NPRGS has, thus, proposed the establishment of a private equity fund, the Nigeria Investment and Growth Fund (NIG-Fund), to lead our resource mobilisation drive and also manage the resources in a sustainable manner,’’ he added.

Vice-President Osinbajo said the NPRGS would consolidate other efforts of the government to reduce poverty which included the N-Power, School Feeding and Conditional Cash Transfer programmes. 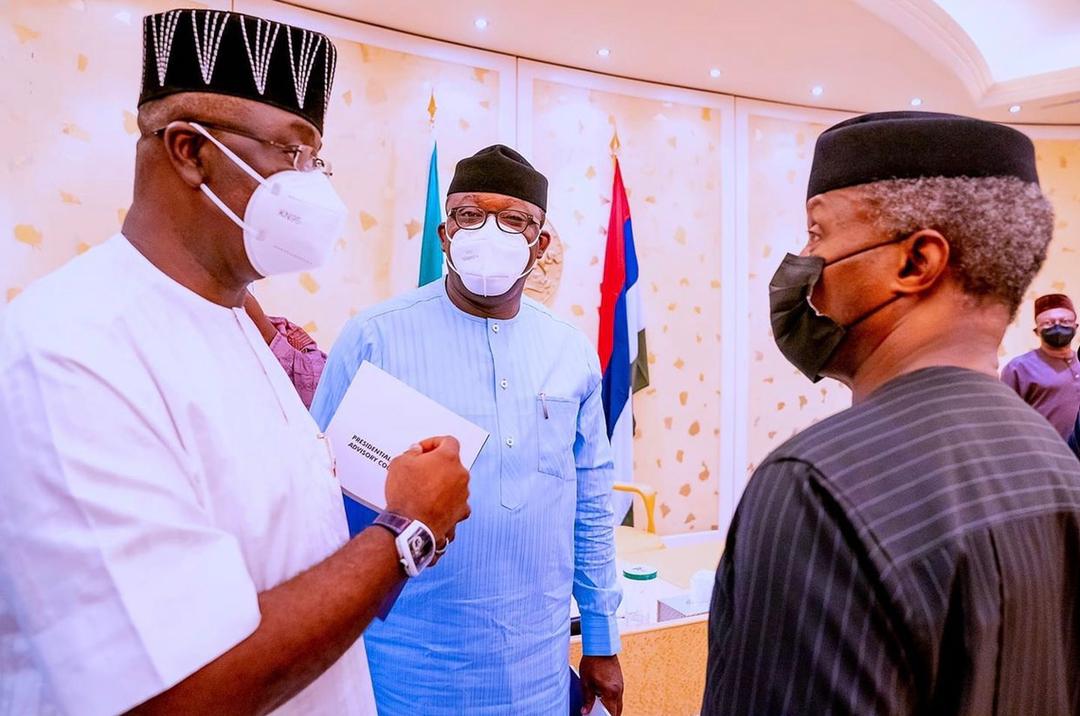 Osinbajo noted that the president’s position that local governments, states and the Federal Government should work jointly to alleviate poverty would be properly reflected in the framework and implementation, stressing the need for access and inclusivity. 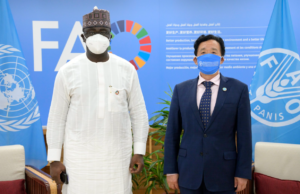 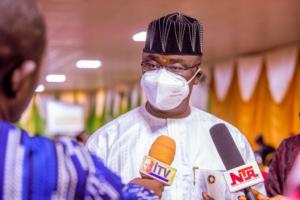 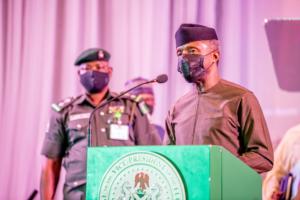 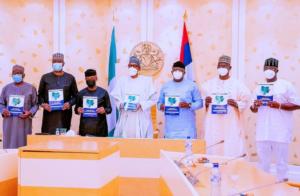